In a region that was characterised by an extremely low awareness about education and there were many entrenched beliefs against educating girl child, working on education meant SURE intervened in the inner realities of the social fabric. There were very few schools in this region of scattered settlements. With majority of teachers lacking formal training the quality of education in these schools was poor. There was widespread discrimination with children from SC / ST communities. In a predominantly pastoral society, where children were initiated into work of husbanding animals, the importance of modern education was scarcely realized by majority. In early nineties, SURE launched a community movement to create and sustain quality learning environment in schools and generate awareness among the communities about importance of education for all. These initial interventions were in partnership with Lok Jumbish an ‘Education for All” initiative of Government of Rajasthan. The staff and community volunteers aspired to make primary education accessible to the remote interiors of Thar. This involved formation of Prerak Dals and Mahila Samuhs (community forums) at village level to foster a culture of ownership and management of school education in their locality. One of the prime task of these community committees was to achieve maximum enrolment of children, especially girls. SURE facilitated regular teacher trainings, exposure visits, refresher course for teachers to make classroom transactions enjoyable and meaningful for children.
SURE implemented Shiksha Karmi Scheme (SKS) of Government of Rajasthan from 1991 to 2002 in Balotra. This scheme sought to address paucity of trained teachers by identifying local village youth for teacher training. The programme covered around four thousand five hundred children in 37 day and 69 night schools.

The commitment that got initiated and strengthened during the first decade got translated into a regular intervention with the Binjrad campus working as a regular site for girls camps (Balika Shivirs).

As a result of these camps, many rural girls from remote locations are able to achieve post primary education in Govt. schools.
Reading Room project was started in 2011 in Dhorimana block covering around twenty five schools. Supported by Room To Read, this programme has facilitated around ten thousand children to organize children clubs at their villages. They bring out a children magazine (Baal Patrika) that enjoys a good readership in the region. The team works with two hundred teachers and village communities to inculcate a sense of ownership and use of library in schools. 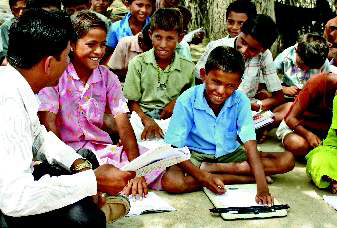 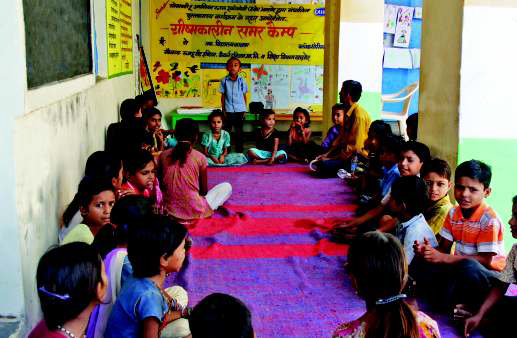 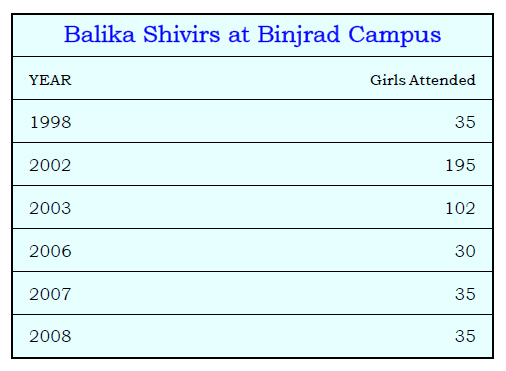